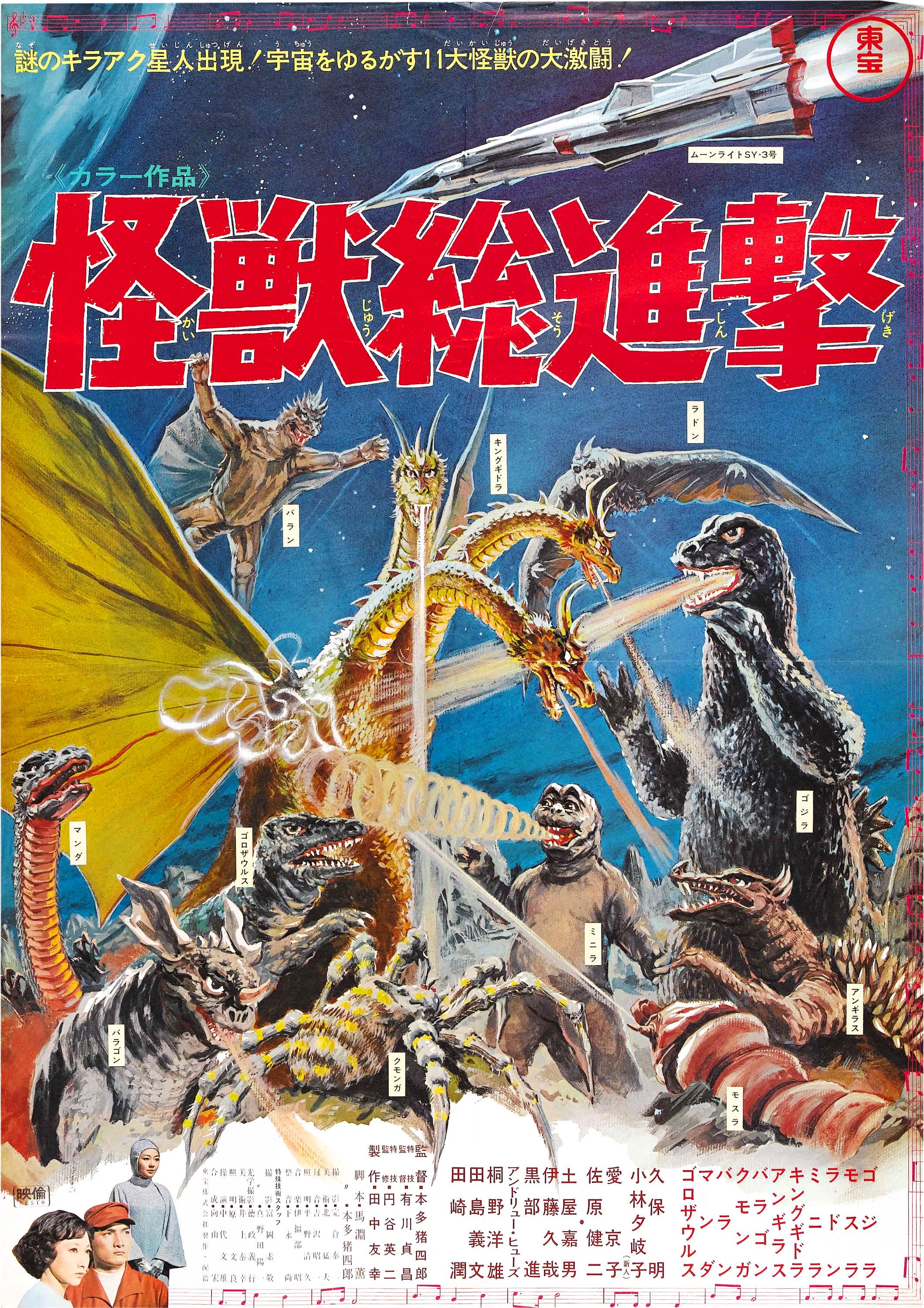 Female aliens take control of Earth's monsters and begin using them to destroy the human race.

Aliens have released all the giant monsters from their imprisonment on Monster Land and are using them to destroy all major cities on the planet. It is up to the daring crew of the super rocket ship X-2 to infiltrate the aliens' headquarters before the Earth monsters and King Ghidrah annihilate the planet.

In the year 1999, all the Earth's giant monsters (Godzilla, Rodan, Mothra, Angilas and Minya, among others) are incarcerated on a small island near Japan. The Kilaaks, a race of aliens from a small planet somewhere in the asteroid belt, release the beasts and send them to trample the cities of our world. An Earth spaceship must penetrate the aliens' moonbase and take control of the monster army before a final confrontation with the space dragon King Ghidrah.

In 1999, the United Nations has established bases on the moon and on Ogasawara Island off the coast of Japan. Ogasawara is also where all the world's monsters, including Godzilla and Rodan, have gathered for study and to keep them from wreaking havoc on the world. However, a group of alien women known as Kilaaks take over the island and put the monsters as well as the humans under mental control in order to conquer the rest of the Earth. It is up to astronaut Katsuo Yemabe and his crew to stop the Kilaaks as well as release the monsters and the humans from their control before it is too late.